The Company’s trademark is taken from the initial name of the company’s founding father, Genzo Shimadzu. He was the pioneer in Japan’s industrial history that researched and produced the first storage batteries in Japan. He was acclaimed as Japan’s “Edison” and honored as one of Japan’s 10 great inventors for his various inventions and contributions in science. The invention of  lead powder for storage battery in 1897 has a great impact on the world’s battery industry by bringing out revolutionary system to the production of lead-acid batteries.
Commencing its business in 1974 with only 70 employees, PT GS Battery is the pioneer of innovation in Indonesia lead acid batteries with Automotive and Motorcycle Batteries as its core business. The Company has expanded to Traction and Stationery Battery market with more than 2500 employees to support the production.

By the thirtieth year of its operation, PT. GS Battery production has reached 100 million units of products. PT GS Battery has also grown to be the major player in the lead acid battery business in Asia. PT Astra Otoparts Tbk, GS Yuasa International Ltd and Toyota Tsusho Corporation are the shareholders that support the development of the company. 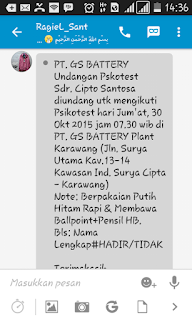 PT GS Battery now operates two factories; one is located in Sunter, North Jakarta covering an area of 22,750 m2 and the other is a new modern factory located at an area of 100,000 m2 in Karawang. With the two factories and more than 2,500 competent human resources, PT GS Battery is highly capable of developing various types of battery for automotive vehicles.

Within the framework of producing high-quality products, the application and mastery of the latest “state of the art” technology in each stage of production have always been the main concern of the Company. Hence, investment is consistently made to improve the production equipment and the Company’s research and development capacity.